Some random thoughts on Non-Bat Recorders

As many of you may know, I've been testing and using The Song Meter Micro from Wildlife Acoustics, and I'm impressed. 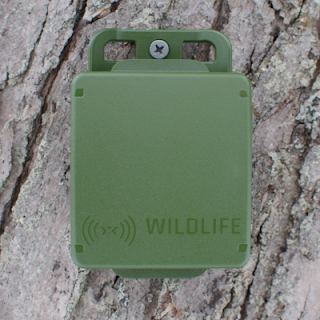 Of course, as a result, I've become very keen on non-bat sound recording! Amphibians, and singing insects (esp singing insects) had always been a seasonal interest/hobby of mine. And I'd become so accustomed to recording our Spring Peepers each year, that it was all but an automatic reflex.

But as we all know, way-leads-to-way when you're a naturalist: So now, I've become fascinated with rodents and small mammals in their woodland environments:

Voles (some happen to be pretty cute), Moles (very secretive), and especially Shrews! one of my (confirmed) local species of Shrew, is the Northern Short-Tailed Shrew (Blarina brevicauda). Hard to deny that it is one fascinating creature!

I'm fortunate enough, to have a good chance of picking up vocalizations of: Fox, Coyote, and others.

I also remain hopeful, against the odds - that I'll capture vocalizations of a Fisher and River Otter.

Well, there's more interesting tidbits of information, which I'll be adding to this post soon... Including some fascinating projects which Neil Middleton (of The BatAbility Club) and others, are going to be working on: Terrestrial Mammals!

Posted by batdetectors@gmail.com at 3:09 AM