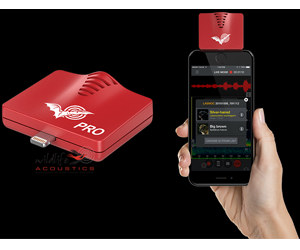 A quick summary, of the EM Touch 2 devices, might read as follows:


Hobbyists and bat enthusiasts, while using the EM Touch 2, will likely find themselves saying things like "Wow" "Cool" and "Check this out" (possibly even out-loud)...

While professionals, using the EM Touch 2 Pro, will probably find themselves saying things like "Excellent" "That's great!" and "Well done!"...

The factor which bat enthusiasts (amateur naturalists) will find most satisfying, will likely be the ease-of-use. As well as the aforementioned easy set-up (from box to bat detecting) and intuitive software App.

The key points which bat working professionals will find appealing, are likely to be the variable sample rate, adjustable gain, and level of ID accuracy.
The EM Touch 2 Pro is also the smallest bit of kit they have ever had to carry into the field for bat work. I'm sure Bat Researchers will find this refreshing.

If you are unsure, as to which EM Touch 2 version to choose, I urge you to visit Wildlife Acoustics' Specs Comparison page. All of the features of each version are well laid-out (and very easy to read/compare).
In use, The EM Touch 2 simplifies (nearly automates) the bat detecting portion of a Professional bat survey. It dutifully records, identifies, and logs the bats from the evening's outing.
I would also like to draw your attention to the List Of Compatible Devices for The EM Touch 2 (both iOS and Android devices covered).
The fact is, there's quite a bit more to cover about The EM Touch 2 - Including items of interest to those with a Techno-Geek side. Be that as it may, I've decided to post this Part 2 Of 2, and simply add to it (in the near future!)...

Firmware and software updates have already been made to The EM Touch 2. And even as I type,   further updates are in the works at Wildlife Acoustics. All with the aim of improving the performance of this bat detector.

On a personal note, I've recently relocated to a rural area. There are lots of bats here, and having the opportunity to test The EM Touch 2 has really been a blast! Thank you, to Wildlife Acoustics, for the loan of the equipment.

I've included some (of the many) links which are currently available on YouTube. The well-made videos, listed below, were produced by Wildlife Acoustics - and as you might expect, they do an excellent job of describing The Echo Meter Touch:

Happy bat detecting!
Posted by batdetectors@gmail.com at 5:04 PM No comments:


The EM Touch 2, is a cutting edge bat recording device, which enables the user to listen to, record, and automatically identify the calls of bats, right on your iPhone/iPad or Android device.
You simply download the free App (developed [and regularly updated] by Wildlife Acoustics) from either The iTunes, or Google Play Store(s) - Plug in the unit, and you're detecting bats!
While the App is running, a live, full-color sonogram display is actively monitoring the air space for bat calls - And displaying the activity on your screen. 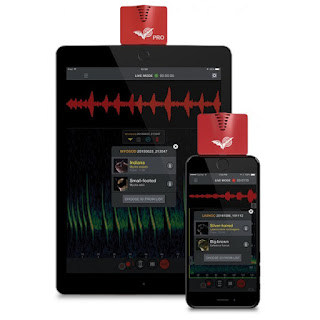 The EM Touch 2 would be ideal for someone who would like to detect, identify, and record bats with ease and precision. The ability to install & use this bat detector on the ubiquitous cell phone and/or tablet makes it an attractive choice.
The Echo Meter Touch 2, would be a good choice for non-Professional users. As well as anyone interested in bat detecting (and automatic identification of bats*). Basically, any Naturalist with a penchant for bats would be well pleased with an Echo Meter Touch 2 (regular or Pro edition).

*More on this subject in Part 2 of this review...

I was given the opportunity to test and review The Echo Meter Touch 2 Pro. And quickly realized why this particular unit is so popular with Bat Professionals the world over.
Well, the proper In's & Out's of Wildlife Acoustics' Auto ID App, as well as additional details, etc., will be covered in Part 2 of this review.
I've recently relocated, to a more rural area. I'm very happy to report, that the area is lousy with bats! And The EM Touch 2 Pro is a very welcomed companion!


The unit itself is very small. However, it arrives very well packaged. After opening the small cardboard box, and removing the packing materials/bubble wrap - I opened the (white) Wildlife Acoustics box (shown). This box contained the custom neoprene case, within which I found The EM Touch 2 Pro: 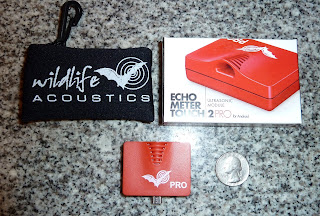 As for overall design - In addition to being small in size, The EM Touch 2's are also very light. Being constructed of ABS/Polycarbonate plastic, and weighing less than an ounce, are ideal attributes for something meant to reside on the end of your cell phone (or tablet). These are not prone to falling out/off, etc. So you can plug-in and use with confidence.

The Echo Meter Touch 2 modules utilize cutting edge microphone technology. Wildlife Acoustics chose a new microphone element, which happens to have very good specifications - Which, in turn, has a lot to do with the excellent performance which these modules exhibit. I hope to add a few more details re: this new mic element, in Part 2 of the review - Or in an additional update.

In use, one will become familiar with the overall performance & characteristics of the microphone. I've been very pleased with the overall behavior and character of the microphone. So far, it hasn't broken any "distance records", as in how far away it will pick-up bat calls. But it seems to be performing as well as most other Pro-level detectors I've tested.
Regular readers of this blog may remember, that the distance at which a given detector can pick-up/record bats has always been important to me.

Generally speaking, the Echo Meter Touch App is very intuitive to use. And the transition from: Opening the box -to- installing the (free) App -to- plugging-in (and using) the EM Touch module is a remarkably smooth process.
Another interesting factor to note, is that Wildlife Acoustics are making improvements & adding features to this system - Via firmware and software updates. Something which I can't help but find impressive, and I'm sure will appeal to those considering a purchase.

Several improvements and additions have already been made; and several more are on the way! I will cover these dynamic updates and added features, in Part 2 of this review.


The unit itself, is neatly designed (in ABS/Polycarbonate material) and incorporates an integrated acoustic horn: 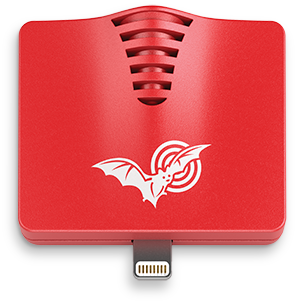 The EM Touch 2 is a very good choice of bat detector for beginners and casual hobbyists who would like to invest in a quality product.
But there is bit more to it than that:

The Echo Meter Touch 2 really shines, when it comes to installing and using the device. It is a remarkably smooth and pleasant process. It really impressed me - It seems that Wildlife Acoustics went to great lengths to insure that the entire set-up, from box -to- bat detecting/recording is practically seamless. Once again, smooth is the word that comes to mind.


In regards to The EM Touch 2 Pro:

To start with, I found it to be very accurate when providing the auto identification of detected bat species. This was confirmed by cross-referencing the App's findings with "manual" analysis of selected bat calls.
And, it is at precisely this point in my review, where the (usual) detractors of Wildlife Acoustics' auto ID software might begin getting riled up.
Yes. There are about a handful of them. And, as luck would have it, they happen to be the designers, producers, and/or purveyors of what might be considered the competing auto ID software.
For now, I'd like to point-out that many Bat Research Professionals around the world have taken quite a liking to the new EM Touch 2 Pro's and The Auto ID App.

Keep in mind, that The Auto ID App has been developed from Wildlife Acoustics' powerful Kaleidoscope software. A well-known, and robust application with a history of competence, and use, by Professionals worldwide.


The Echo Meter Touch 2 (either version) may be ordered directly from Wildlife Acoustics, or from Amazon, if that is more convenient.

This (Part 1 Of 2) review may get additional updates, in time.

Part 2 (currently in progress) will address software, recordings, and Auto ID. As well as other factors.

Posted by batdetectors@gmail.com at 7:25 AM 3 comments: