BCID stands for Bat Call Identification; it is Professional-level software for the automatic analysis and identification of bat species, via recorded audio.

I'd written a review of this formidable bat call identification software once before, back in February 2013. And thought it would be a good time to re-visit this application, and write an updated overview for 2019.

BCID has the distinct accolade of being one (of only two) software applications endorsed by  The U.S. Fish And Wildlife Service. More specifically, it is approved by The USFWS for conducting surveys, for the following bat species:

The other software, is Kaleidoscope from Wildlife Acoustics.

At the time of this writing, BCID is available in two versions:
A cursory look at BCID software, for someone who hasn't seen it before, reveals a rather simple-looking (GUI) interface: 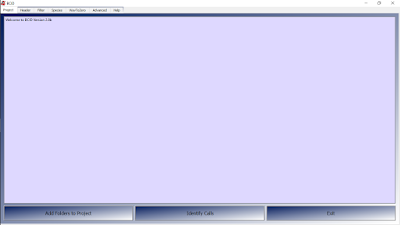 Clicking on the BCID Eastern USA link (just above this screenshot), will take you to The BCID Web page, which features (scroll-able) example screens of the application.

To see a list of species which BCID currently covers, and to confirm price ($1479 US Dollars at this time) for 2 Seats / 2 computers, you may click Here.

BCID Software has been continually improved in the years following it's initial release, in 2007. Some of the very latest updates, may be seen Here.
It is a Windows-based software (32 and 64 Bit), which allows a user to quickly and accurately analyze large numbers of bat calls.
The user interface is simple but effective, and very easy to use. The current version of BCID is Version 2.8b.

BCID software should be given serious consideration, by anyone in need of a robust, easy-to-use, and accurate bat call identification software.
It is particularly well-suited to Ecologists, Bat Workers, Researchers, and anyone wishing to have bat calls identified.

The easiest way to use this software, is by starting with ZC recorded bat calls. However, as you'll see, .wav files are almost just as easy to process: 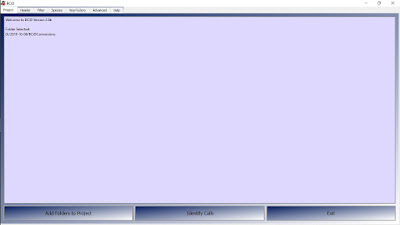 In this screenshot/example, the location happens to be 'BCIDConversions' folder.* 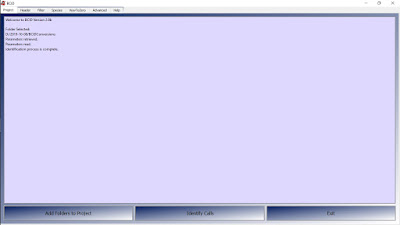 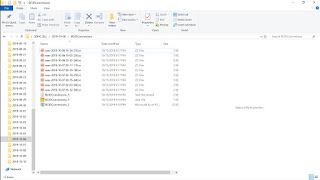 Assorted files created by BCID (by default) include .anl (AnaLook), .xls (MS Excel), and .txt (text) files (A different folder was used in this example).

*Note: The BCIDConversions folder is automatically created when using BCID's WavToZero feature. And the files chosen for conversion are converted to ZC, and deposited there.
If you recorded your bat calls in Full Spectrum mode, BCID software has a convenient 'WavToZero' feature. It's a permanently available Tab; 5th one from the left-hand-side of the interface. As the name implies, it allows you to select multiple files (not folders, but multiple individual files) for quick conversion - From .wav files to Zero Cross files. 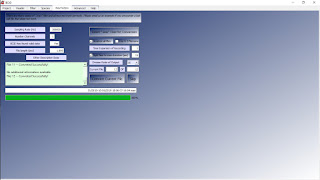 As seen in the screenshot below, the report files which BCID creates, are in .xls format. I have always found this to be a very welcomed feature; especially because printing the file is so seamless.

For this particular example, I intentionally selected a group of recordings with very little bat activity. For the sake of clarity. Future screenshots, in Part 2 of this review, will illustrate much heavier call volume. Which for many of my readers, is a more common occurrence. 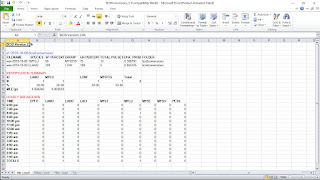 The output (.xls) files which BCID creates, that is to say, it's report/listing of bat species detected, has always been one of my favorite features.

Happy bat detecting!
Posted by batdetectors@gmail.com at 9:32 PM No comments: