Review: The AnaBat Scout From Titley Scientific Part 1 of 2

Review: The AnaBat Scout From Titley Scientific Part 1 of 2

The AnaBat Scout is a full spectrum bat detector, designed to be used for active bat detecting.
I will state from the start, that I have used it as a passive bat recorder on more than one occasion, and acquired excellent recordings of bat calls.

The Anabat Scout arrived directly from Titley (Australia) very well packaged & packed. The box which contains The AnaBat Scout is seen in the photo below: 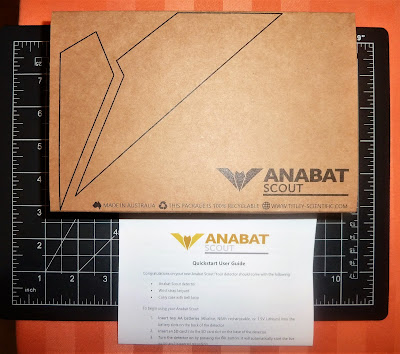 If purchased directly from Titley Scientific, The AnaBat Scout is going for $850 U.S. dollars.

NHBS also has them in stock:

As well as Wildlife And Countryside Services (UK)

The AnaBat Scout has the ability to listen to bat calls in real time, in either: Heterodyne, auto-heterodyne, or frequency division audio modes.

The AnaBat Scout comes with a free version of AnaBat Insight software. It is also provided with a lanyard, a protective carry pouch, and glow-in-the-dark buttons. 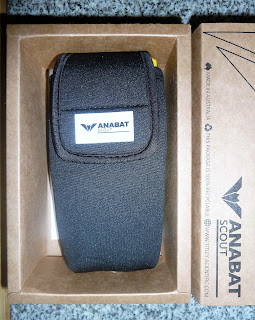 The AnaBat Scout has an easy to use robust design, with a front-facing mic element. With the Mic for voice notes located just above the (OLED) screen, facing the user. It has an easy-to-navigate keypad, located just beneath the display.

Before you begin recording bats with the AnaBat Scout: It is advisable, to set the current time zone. If this isn't done, the time stamps on your recordings will be incorrect. 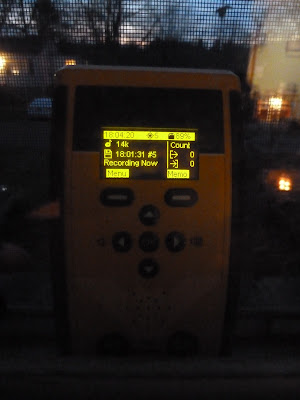 The AnaBat Scout worked very well as an unattended recording device, despite the low temperatures.


The AnaBat Scout would serve as an ideal unit for both Professionals; and amateur naturalists, who enjoy using a full-featured bat detector.

The AnaBat Scout would be an excellent tool for Professional Bat Workers who frequently perform roost surveys and/or emergence counts, since it has a built-in In and Out Counter - More on this, in Part 2 of the review.

The construction of the AnaBat Scout itself, feels very solid. There are no protruding parts on the unit, which you need to worry about breaking off, or damaging.
The Scout packs a lot of technology and features into a fairly small, and easy to handle unit. I've found The AnaBat Scout a joy to use, with it's slightly curved design fitting quite comfortably in the hand, and it's front-facing microphone.

Of course the omni-directional microphone itself, is larger in size than the opening (seen upon closer look at the front panel). This is a clever way to keep the mic element protected, from any would-be harm encountered while outdoors.

Once your main settings have been set, and your preferences selected, it only takes a few button presses - To begin monitoring, recording, or even un-attended recording (one of my favorite methods). The process of using The Scout will be covered in detail in Part 2 of this review.
After an evening of recording, and inserting the unit's SD card into the laptop: I was able to easily select and manage large numbers of bat recordings. 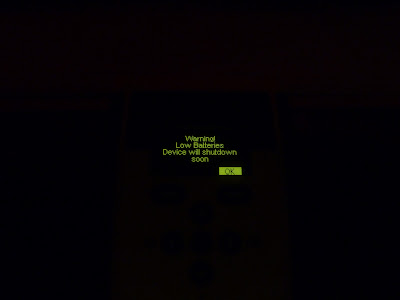 I did manage to run through one set of AA-sized batteries...This is the warning displayed, when batteries are low.

I'm happy to report, that when the Anabat Scout arrived here (in the Northeastern U.S.) in late October (2019) my local bats were still active; and they provided me with excellent recording opportunities!
Overall, I have been very pleased with the overall performance and accuracy of The AnaBat Scout from Titley. I also admire the fit, finish, and attention to detail demonstrated in it's design; and functionality!

Much more to follow soon, in Part 2 of this review. Which will cover out-of-box set up, ease of use, recordings & resulting spectrograms, etc.