I'm pleased to report the recent arrival of the latest (new) bat detector offered by Titley Scientific - The AnaBat Scout!

I'm happy to report, that it arrived here (from Australia) several days ago. And made it here (to NorthEastern U.S.) in time to record some bats! 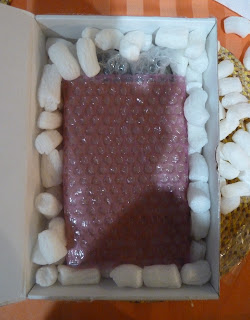 There were bats recorded as late as October 30th (none on the 31st, I'm sorry to say). This is great news for the upcoming testing and review.
For now, I can say that it is a charming bat detector, with many nice features which Pros will enjoy! Bat calls (in Heterodyne output mode) sound great! Volume for audio output goes from 0-25. I found it to be quite pleasing at a setting of ~18 for unattended recording (near an open door or window). 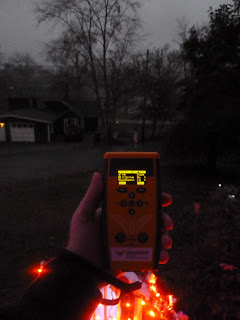 Bat detecting is on-going, and as always, I will hold out hope on any nights of 50 degrees Fahrenheit or above. I'm also excited about two additional microphones, received for testing, from Titley Scientific. These are for The AnaBat Swift (recently reviewed here). I will probably need to resort to artificial/electronic bat calls for testing; more on those later.

In the short video clip below, we see The AnaBat Scout in action - As it first senses (and begins recording) a bat call, the recording activity indicator may be seen illuminating. A round indicator, in the lower center of the display. You can also hear the (heterodyne) sound produced as the bat flies by.
This happened to be one of my "resident" Big Brown Bats (Eptesicus fuscus); and it was flying fairly close.

Part 2 of 2 of The BCID software is also in progress...