Review of The New BatSeeker1

A brand-new bat detector has emerged; to take it's place among the entry-level bat detectors available today. It comes to us from Canada, and it's called The Batseeker1.
It's very reasonably priced, and is also available from Amazon.com
I was happy to learn of this little ultrasonic detector, just a few weeks ago. If there is one category, where we have too few choices in - It's the realm of entry-level / Beginner's bat detectors. To me, it's like a breath of fresh (Canadian) air. And a relief - Because, this is exactly the kind of detector that a beginner needs. As you might imagine, a question that I'm frequently asked, by those just starting out, is: "Where can I buy an inexpensive bat detector?"
Well, you certainly cannot beat the price of this one, at only $35 U.S.

The unit is very simple. Both in layout and operation. It is very similar to Tony Messina's Simple Bat Detector. It is based on the same design, and is also a FD (Frequency Division) detector. There are several important distinctions, however: The most important one, is that no assembly is required! Tony Messina's Simple Bat Detector is a wonderful, little robust unit - But, only for those of us experienced with a soldering iron. Again, this is why the Batseeker1 is perfect for someone new to bat detecting (who is not inclined to assemble an electronic kit).
Another important distinction, is the size of this new Batseeker1 – It's only 2 1/2 inches long! 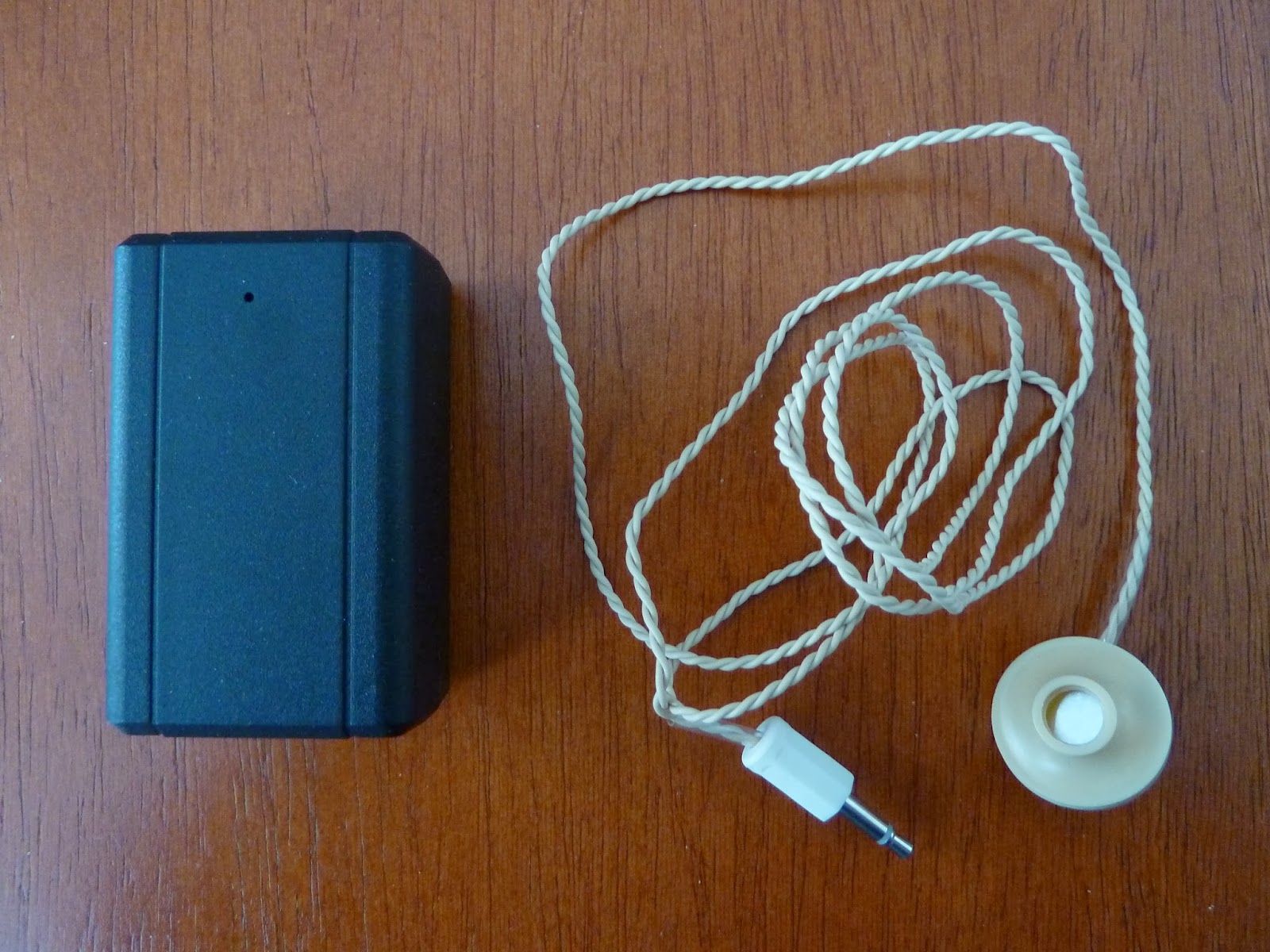 The tiny hole, just visible on the front of the unit - Is where the microphone resides

Now, there's no excuse for a budding Naturalist not to own their very own bat detector.
Using the Batseeker1, is almost the definition of simplicity: Just plug in the included remote speaker, and listen. That's it! Let's break it down into three steps:

Now, all of those seeking an easy-to-use / entry-level bat detector need look no further. So far, I like it very much!

The way that The Batseeker1 gets turned "On" is simply by inserting the remote speaker's plug. It is a standard, 3.5mm, Mono plug. Which when inserted, closes the circuit which powers on the little detector. When finished detecting for the night, simply unplug the speaker to turn Off the detector.

Is it possible for a device to be too simple? ...Well, I'll tell you...Years ago, I used to build The Simple Bat Detector kits, and give them to friends. One of my Naturalist friends, couldn't seem to grasp such a simple concept (the On/Off function). He enjoyed using the detector very much - But, apparently almost always forgot to unplug the earphone when he was finished...Which quickly led to dead/flat 9v batteries.
So, if there is one caveat here, it is: Always remember to unplug the speaker when finished. Or you'll be replacing batteries much more often than necessary.

After quite a bit of testing, and experimentation with many types of batteries: I can tell you that this unit works best, with rechargeable NimH (nickel metal hydride) batteries. Of course, it will work fine with regular alkaline batteries, however they never seemed to last as long.

When opening the battery door, you must push-in a bit (where the thumb grooves are) while simultaneously sliding the door open. It's a bit stiff the first couple of times you open it. The batteries are installed in the usual manner: The Negative (- flat) side of the cell goes against the spring. While the Positive (+) end is seated at the opposite end.

The Microphone used, in the construction of this ultrasonic detector happens to be a good quality MEMs component. Which in layman's terms, simply means: The microphone is not the low-cost variety. And, as a result: it exhibits plenty of sensitivity.
I've also found that it is truly omnidirectional, easily picking up sounds from behind the unit as well. The Batseeker1 detects ultrasounds from 10-100kHz - Which means that in addition to bats, one may also detect (or record) singing insects. This is always a plus for me.

Cons - At this price point, it doesn't seem fair to nit-pick or "complain" too much, but...

* The pick-up range / maximum distance at which ultrasounds are detected: Could stand some improvement. Although, I'm not sure exactly what (if anything) can actually be done (within the confines of such a simple design).
* A small LED - To indicate "On" status: Good.
* A bi-color LED to indicate activity/bat pass: Even better (I would happily pay $40 for this).
Again, to be fair, these are just luxuries that I'd like to see - The Batseeker1 is still a neat little entry-level ultrasound detector.

In any case, it's still very nice to see a ready-made, FD bat detector available at such a low price. I hope that it's affordability will allow many more Naturalists to try (and enjoy!) bat detecting.

Since we are still in the grip of Winter, here on (the majority of) the North American Continent...Sadly, there haven't been any bats out yet to test the unit with.
However, I have several "tricks up my sleeve" one of which, is an electronic bat chirp "emulator" (if you will)... Thanks goes to the Folks at Dodotronic for this one! And the Batseeker performed admirably whenever (and wherever) the bat chirper was activated in the vicinity.

When attaching the Batseeker1 to a recording device (such as a small digital recorder, etc.) remember to always use a Mono patch cable. A Stereo patch cable will not work.
For this review, only "artificial" bat chirps were used. As well as other non-bat ultrasounds. Everything works as it should - And I was happy to see the Batseeker cooperating with the digital voice recorders I used it with. In other words, it looks promising for unattended recording of bats. Overall, I found it very easy to use. And, frequently found myself imagining exactly how a beginner might use it. It lends itself well to being placed outside a window, with the speaker securely resting on a Venetian blind.

I originally intended to write a 'Part 2' to this review; however, I found that there wasn't much more to add.
The unit does pick up bats (and insects). Not at great distances, but that is to be expected at this price point.
I was able to record bat and insect calls - I used high-quality .wav recordings of European bats (and insects) for my testing. The Batseeker1 recorded them, without incident, to my (inexpensive) digital voice recorders (Olympus, Zoom, etc.).
So, it's detecting and recording performance is fine. However, no one would recommend trying to produce any viable (accurate) spectrogram from it. Spectrograms and sonograms may be produced from the recordings, but they cannot be relied upon for accuracy, etc.
The quality of recording needed, to produce real spectrograms simply isn't there.
But, for a take-anywhere bat detector at a super-low price, you can't beat the Batseeker1.